Games and age restrictions (and description)

As I mentioned in my Home page and in my channel-and-me page, I have played MANY different games throughout my time on youtube. Since many enjoy watching all of my videos, I would like to make sure that people know if the game is safe for younger viewers or not. View discrestion is always advised.

The first game that I will be mentioning is Star Wars Battlefront. 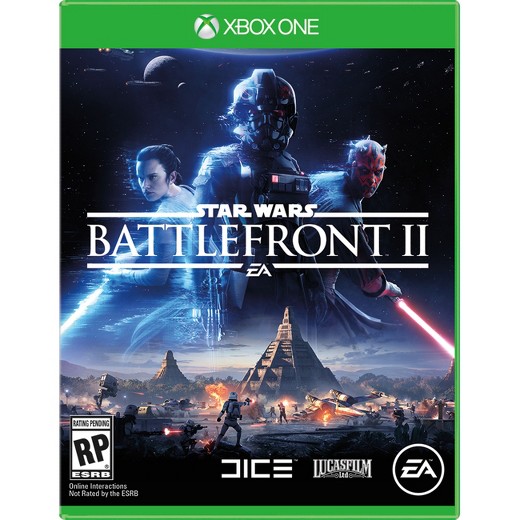 Star wars battlefront is an immersive game that takes place during episodes 4-6 in the beloved Star Wars trilogy. Play as one of the many iconic characters that we have come to know and love. Like, Han Solo, Luke Skywalker, Darth Vader, or Boba Fett. You can play as a stormtrooper or a rebel. Fight your enemy on beautiul locations, like Hoth, Tatooine, Sullust, Endor, and many more. There is also a second game to this but I don't have much info on it, other than it's a lot better than the first game. The first game's age ranging is a Teen game, but ratings these days are extremely overreacted. There is no blood or gore, but it does use violence. I think the proper age range to play this game could be around 10 and up. Creators of the game really pushed for the teen range because they were worried of parents getting their children a violent video game. (So before you get your child this game, watch clips of it and try to determine if it is a safe game or not) The second game, Battlefront 2, which is displayed above, Has also been given a teen rating so same goes for that game.

The second game I will talk about is Halo 5 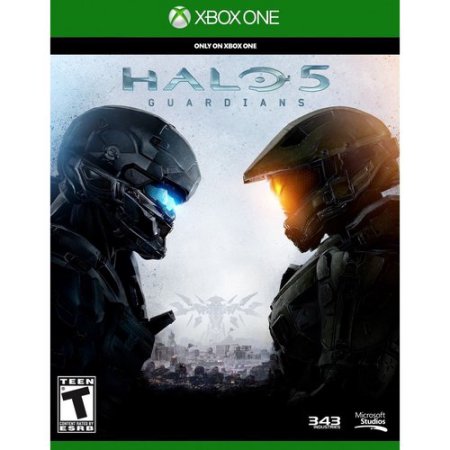 This game allows all of the Halo fans to continue their quest for adventure and excitement. You can either play through the very immersive campaign, or battle the different aliens that want to take over your planet. You could either play as a team on Warzone, or, you could battle each other in the Arena. Use epic weapons and abilities to conquer your enemies. Use iconic vehicles like the mongoose, scorpion, warthog, and mantis. This game was rated Teen for blood, mild language and violence. And I stand by this partly, the only reason is because of the campaign. The campaign might scare the player because of the often creepy feel to the game. (mostly because of the alien enemies) The blood is a big thing and the language is also important. So if you wouldn't like your child learing innapropriate language or seeing intense fighting, I don't suggeest this game. I'd like to remind anyone reading this, this is not meant to annoy halo fans. It is meant to tell my viewers if they should watch this video or not.

The third Game I will be talking about is The Escapists 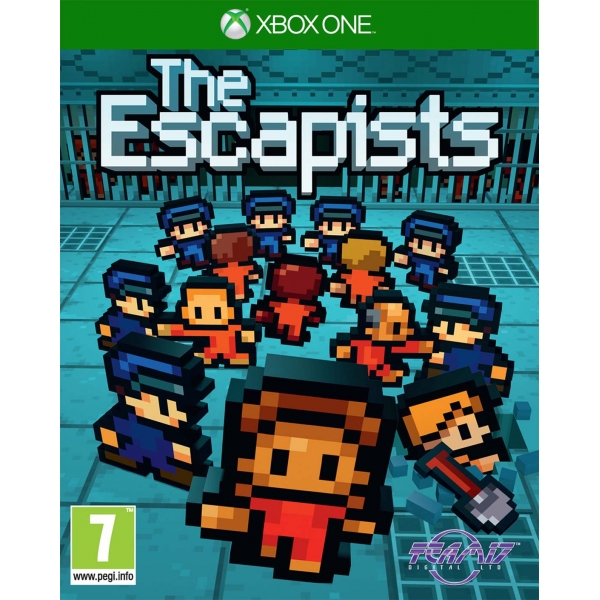 This game throws you into multiple different prisons and your main objective is to break out of them. You can customize your prisoner to however you like it. Make prison friends, or just enemies. Get along with guards, or beat them up. Be a good prisoner, or steal contraband, make deals, and create the best escape plan yet! This game allows you to be creative and make up your own way to escape the prison. You could try to get through the outer walls by making a hole in them. You could craft a shovel and dig your way underneath the wall. You could secretly beat up a guard and use his uniform to pretend to be a cop! You can make friends with the other prisoners and trade with them and make them your allies. Each time you clear a prison, you are brought to another one. One that is more secure than the last. There could be an electric fence, a metal detector, or some security cameras. You allways have to be stealthy because there are guards everywhere. This game was given a rating of Teen for fantasy violence and suggestive themes. The Second game, The Escapists 2, was given the same rating of Teen but this was because of mild violence and mild suggestive themes. I don't believe that these games deserve a Teen rating. It is VERY close to teen but not on it. Sure, there is a bit of violence, but it's not too bad. It is based off of a prison life, so it may be confusing for the normal child. Occasionally the guards would say some not nice things to you, but no swearing. If you as the parent, are worried about your child getting a bad message from this game, I don't suggest it. Once again, this is only to inform the viewers on what they are watching.

Of course, I don't just play Teen and up games on my channel, I play many sorts of games for all ages.

For this one, I will review two games, Roblox, and Minecraft. 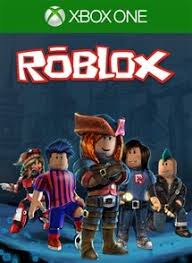 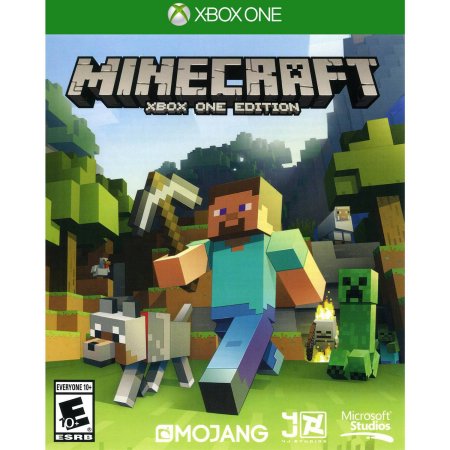 First, I will be talking about Roblox. Roblox is a game with millions of mini games built inside it. There are unlimited types of games that you can play. For example, Brid simulator, Tiny tanks, Dodge ball, and tornado simulator. Although this game has been given an E for everyone rating, I still advise caution. There are a lot of good games out there, but there are also some not nice games. I currently have one video on this game, but I plan to make more on it. Here is the link to that video: Roblox Video

Now I will be talking about Mincraft. Minecraft is the kind of game that you will never get bored of. There are unlimited possibilities to what you can do. You can build and do whatever you want to in creative. OR, challenge your self to survive and collect resources alone or with friends in survival. With the newest update, the better together update, it allows cross platform playing, connecting players on console, WII U, and computer. It also introduces minigames and servers that you can play on. In this game, you are encouraged to use your creative side and rule the world. Now, for the rating of this game is an E for Everyone. The only problem would be fantsy violence. This game, I have found, is fun for everyone of any age. The enemies you fight are simple things, not too scary but are still tough. Enemies can come as spiders, zombies, skeletons, slimes, ect. I only currently have one video one this game, but I plan to make a series on it soon! Here is a link to that video: Minecraft Video

Now I will be talking about games that older kids would like more.

For this one, I will review two game, Battlefield 1 and Subnautica. 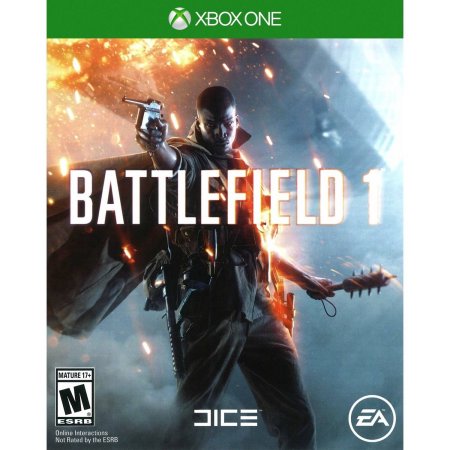 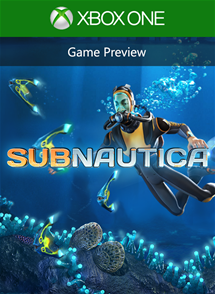 First, I will be talking about Battlefield 1. Battlefield 1 is an online multiplayer game that throws you into different war scenarios throughout the history of world war 1. If you are offline, you can play through the battlefield 1 campaign. When playing online, you can play from a few gamemodes like conquest, rush, domination, ect. Once you have joined a game, you can choose from four classes, the sniper, assult, support, or medic. Each class has special abilities that give you and your team some help. Now for the age rating. The game was given an M for mature, this is because of blood, strong language, and violence. I stand by this rating 100%, the blood is a big thing, language too. I definitely don't suggest letting anyone under 15 or 14 watch or play this game.

Now I will be talking about Subnautica. Subnautica is another sort of exploration game, sort of like minecraft. Except this game is more realistic and is almost completely set underwater. It has, like minecraft, two settings, survival, or creative. The game throws you into the perspective of the last survivor of a lost ship. You're main objective is to try to find other survivors and find a way off that planet. Though along the way, you have to be careful of the evil creatures that live on that planet. The game was rated E for everyone, the only things to it are fantasy Violence and mild language. There was a tiny bit of swearing but it's not too serious. The fantasy violence is also not bad, but it's not like young kids should play this game. The creatures tend to be scary at times, but there are a lot of friendly creatures too. I think everyone should be able to watch/play this game unless the parent is not a fan of naughty language. One time, when playing offline, I got really jumped by a creatures because sometimes they just come out of nowhere!